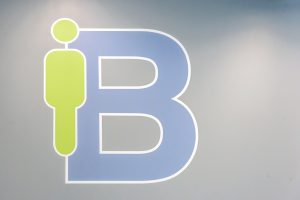 DAYTON, OH – BarryStaff is proud to announce a new program that takes special initiative to put more veterans to work across the Miami Valley.

“First and foremost, this is the right thing to do,” said BarryStaff President Doug Barry. “We know that veterans are dependable employees. That, in turn, works for our clients.”

BarryStaff’s program, called “Jobs 4 Vets,” will consist of regular mass hiring events. Veterans – and family members in need of work – are invited into the BarryStaff office to begin the application process and interview with BarryStaff recruiters.

The first Jobs 4 Vets event will be held September 8 in the BarryStaff community room. The event will include food, drinks, giveaways and networking opportunities.

The press is welcome to attend the event. There will be interview opportunities.

“Ohio’s veterans have a lot to offer the employers in the greater Miami Valley,” said Daniel Semsel, director of Veterans Employment Services for Goodwill Easter Seals Miami Valley. “They bring leadership skills, discipline, and initiative to succeed in a variety of vocations and with the rebirth of industry in the Dayton area, the time is right to capitalize on our veteran workforce”

BarryStaff will be looking for veterans to fill approximately 50 positions with employers both large and small. Jobs range from forklift, extrusion and CNC operating positions to general labor jobs. A number of clerical positions are also available. Pay can range from $9 to $15 an hour.

BarryStaff would like to thank several organizations for their assistance in planning this event. The Goodwill Easter Seals Veterans & Employers Connection, Volunteers of America, the Ohio National Guard, Wright-Patterson Air Force Base Airman and Family Readiness Center and various American Legion and VFW posts across the Miami Valley were all instrumental in the planning process. 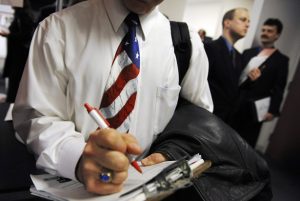 After meeting with several organizations, BarryStaff is proud to announce that it will begin a new program aimed at getting more veterans back into the workplace.

“First and foremost, this is the right thing to do,” said BarryStaff President Doug Barry. “Research also shows veterans are dependable employees. That, in turn, works for our clients.”

BarryStaff’s program, called “Jobs 4 Vets,” will consist of regular mass hiring events. The first is slated for Sept. 8 in the BarryStaff community room. The event will include food, drinks, giveaways and networking opportunities.

Countless reports have advocated for the use of veterans in the workplace. Notably, the Center for a New American Security once held confidential interviews with 87 representatives from 69 different companies. They noted a fierce loyalty that many veterans felt for their organizations and also referenced a lower turnover rate compared to civilian employees.

The bulk of BarryStaff’s clients are manufacturers. According to Erin Brenner, a case manager with Volunteers of America, many out-of-work veterans across the Miami Valley already boast manufacturing experience.

Available jobs range from forklift, extrusion and CNC operating positions to general labor jobs. Pay can range from $9 to $16 an hour. 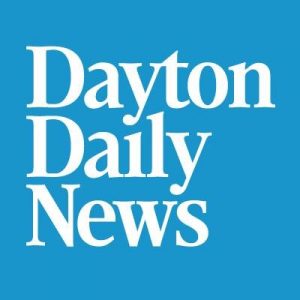 In late August, the Dayton Daily News reached out to BarryStaff president Doug Barry for his take.

“We’ve had a severe shortage of employees,” Barry told the paper. “There is a shortage of skilled workers. But I have employers say, ‘Show me someone with initiative and I can show them what to do.’”

After a small increase in June, jobless numbers were down in July. The paper reported that in Montgomery County, the unemployment rate shrank to 4.7 percent from 4.9 percent. The number of unemployed workers fell by 1,300.

BarryStaff recently made the decision to set its sights on people who have never been part of the workforce before, recognizing that one of the most significant barriers is an unfamiliarity with the process.

“They don’t know how to get jobs,” Barry said. 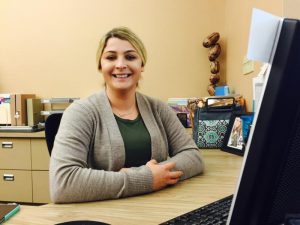 Muha Construction is a busy place. Especially on Mondays.

There are architects in the building and sub-contractors are everywhere. To hear Lindsay Riddle sum it up, it’s “crazy.”

All the activity swirls around Riddle, who mans the front desk. She’s answering phones, handling payroll and purchase orders and even scheduling interviews.

“Sometimes the work is administrative,” she says. “Sometimes it’s HR or finance.”

Muha, a construction and painting company on Congress Park Drive in the Centerville-Washington Twp. area, points to Riddle as a rising star. Mentors have been teaching her the ins and outs of contracting. And the one-time anthropology major now has a new passion.

“I’ve learned how to trust your employees but also how to think with your brain,” she said.

She arrived at Muha through BarryStaff, which was within shouting distance of her apartment in Dayton.

“When you go into those types of places, you don’t know what to expect,” she said. “But BarryStaff really put me in a position to succeed.” 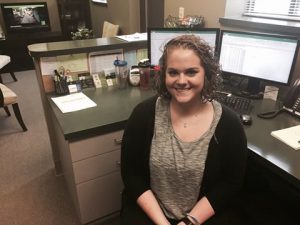 After working in the world of retail, Emma Munch found herself looking for another job. And she knew what she needed.

“I came from a job where people didn’t get along,” she said. “I wanted someplace with a family atmosphere.”

BarryStaff placed her with Grunder Landscaping. Just like that, her search was over. The retail world was firmly behind her.

“I love everyone I work with,” she said. “And I loved them from Day One.”

Grunder, a full-service landscaping company, is truly a family affair. Marty Grunder began his landscaping career in the mid-80s with his brother Rich. The goal at the time was to raise money for college. The passion for service, however, went way beyond college. The company is now regionally recognized as one of the best in the Midwest.

Munch calls herself the “director of first impressions” because she’s the first person customers interact with. She’s the first to answer the phone and the first to greet someone when he or she walks through the door. She’s also the first to pitch in if a job around the office needs to be done.

“Emma is a terrific person with a bright future,” Marty Grunder said.

Her foreseeable future is with Grunder. After working for 90 days, she was hired on as a permanent member of the Grunder team in mid-August. 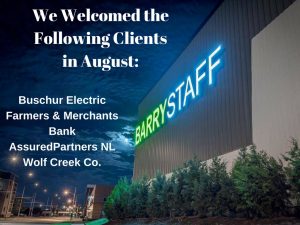 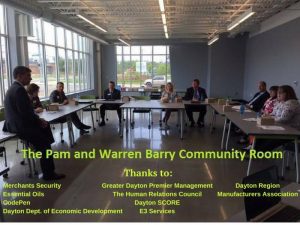