Speaking up about problems

“No one likes to work with a whiner, but the occasional gripe emanating from someone who ordinarily doesn’t complain holds weight,” says Vicky Oliver, author of “301 Smart Answers to Tough Interview Questions.” “The key is to kvetch in moderation.”

Rosemary Haefner, chief human resources officer at CareerBuilder, tells Business Insider that you need to embrace the idea of having difficult conversations to get what you need. “Instead of backing off in fear, you’ll learn to handle tough problems while treating people with dignity and respect,” she says.

Oliver says that a lackluster performance review isn’t always a career-ender, as long you take the opportunity to fix what’s wrong. “You must show you can take the feedback and respond proactively to it,” Oliver says.

Most Americans are leaving vacation time on the table — in fact, Americans didn’t take 658 million vacation days in 2015 and lost 222 million of them entirely because they couldn’t be rolled over, paid out, or banked for any other benefit. That adds up to about $61.4 billion in lost benefits.

“Workers are often celebrated for wearing multiple hats and logging numerous hours,” Haefner says. “But working without letup is a bad habit that can jeopardize business, health, and the life you’re supposedly working toward.”

Studies suggest that not taking enough vacation time is bad for your health, happiness, relationships, productivity, and prospects for a promotion.

Just because you’re not moving up doesn’t mean you’re making the wrong move. Vicki Salemi, a career expert for Monster, suggests making a lateral move when you’re immersed in a dead-end job, working for a toxic boss, or need a change of scenery.

“When you work for a new employer, even if your title and responsibilities, as well as salary, are pretty similar to your former one, think of it as temporary,” she says. “Once you’re in a better environment, one in which you can flourish and grow, that’s not so terrible after all.”

Faking it ’til you make it

This advice can certainly backfire, especially when you’re taking on major debt to appear more successful or you’re ignoring the signs that it’s time to move on.

But it’s not always so terrible for your career. Indeed, Salemi says ‘faking it ’til you make it’ can help you overcome a common problem among working people — imposter syndrome.

As Harvard Business School professor and “Presence” author Amy Cuddy tells Harvard Business Review, faking it ’til you make it is more “about pretending to yourself that you’re confident” and framing challenges as opportunities than pretending to have skills you don’t. “Don’t think, ‘Oh no, I feel anxious.’ Think, ‘This is exciting.’ That makes it easier to get in there and engage,” she says.

Being bypassed for a promotion

“It hurts terribly when it happens, but sometimes you simply aren’t ready to handle the responsibility,” Oliver says. If you don’t get the promotion you wanted, Oliver suggests showing a brave face and dogged determination to shine so that you won’t be bypassed the next time around.

There’s no crying in business, at least not according to Shark Tank investor Barbara Corcoran. “The minute a woman cries, you’re giving away your power. You have to cry privately,” she once told an entrepreneur on the show.

But not everyone agrees. “You’re always taught to suppress emotion, but sometimes showing your upset can actually move you forward,” Oliver says. “You don’t want to wail at the top of your lungs in your cubicle, but some well-placed anger has its place.”

Political activist Gloria Steinem said that she often cries when angry, and the best way to handle it when it happens at work is to allow yourself to get angry, cry, and then keep talking through the tears, as a female executive once taught her. “She had mostly men working for her,” Steinem said. “And she would just say to them, ‘I am crying because I’m angry. You may think I’m sad. I am not sad. This is the way I get angry.'”

Sheryl Sandberg says that sharing emotions helps build deeper relationships at work, and experts say that, as long as the emotion is sincere, crying can increase people’s support and admiration for leaders. One study even found that found that expressing sadness can even help you in negotiations because it can “make recipients experience greater other-concern.”

Leaving your job without having another one lined up

In some ways, waiting to quit your job until you have another one lined up makes sense. Cutting off your income supply can be hard on your finances. You might also think getting a job would be infinitely more challenging when you’re unemployed because of stigma.

But Salemi says that if you’re miserable in your job, deflated and exhausted in a toxic work environment, and have extremely limited time and energy to find a new job, you’re probably not going to make a good impression when interviewing anyway.

She also says that whenever she’s interviewed job candidates who have quit without anything else lined up, the conversation never lingered on the topic. The conversation would go a little something like: “Why’d you leave your last job?” “I was completely burned out, getting sick, working 80-hour weeks, and my health was at risk, so I needed to make a clean break to re-energize my career!” And then on to the next question.

Taking a pay cut for a new job

“Taking a pay cut sounds counterintuitive to everything you’ve probably ever heard, right? Work hard, get recognized, get promoted, get paid more. Repeat,” Salemi says. “Well, there are many times when taking a pay cut can actually position you better for the long-term.”

“Your career, as cliché as it sounds, is a marathon, not a sprint, and sometimes it’s not a straight ladder up to the executive suite,” she says.

Just like making a lateral move can open you up to new opportunities, Salemi says that, if you’re in a toxic environment and haven’t gotten a pay increase in three years, taking a pay cut to leap to a competitor is a fair price to pay in the short term when you work for a company that will promote you and ultimately pay you more in the long run.

On Sunday night four kittens were put into a duffel bag and tossed into a pond in Dayton. A passerby witnessed the bag being thrown from a car and promptly called the Humane Society of Greater Dayton. The kittens were rescued and — despite all odds — are getting stronger every day.

The person who witnessed the crime was unable to get a license plate number. The kittens are only three weeks old.

Click the video below to watch what happened when the kittens visited our office. 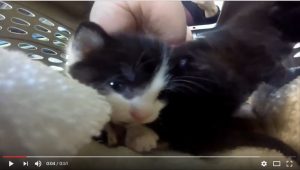 Google your name — so it doesn’t cost you a job. Click here to watch. 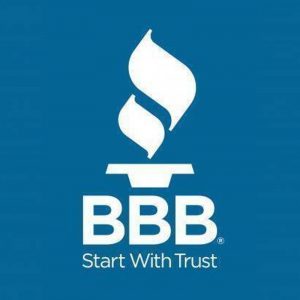 After receiving a nomination last year, the company has submitted an entry that speaks to its ethical practices. Among the highlights are specific excerpts from its code of conduct, handwritten letters from supporters, an explanation of safety practices and testimony from employees and clients alike.

“It may sound like a cliche but the truth of the matter is that I’m extremely proud that my group is nominated,” said president Doug Barry. “They roll up their sleeves and work hard every day. Every one of them represents the work ethic that my parents founded this company on.”

In fact, co-founder Pam Barry wrote a letter to judges that’s included in the entry.

“This company is personal to us,” she said. “We gambled when we ventured out on our own. We’ve made many memories over the past 30 years.”

Two employees have been with BarryStaff for almost that entire run. One of them is office manager Kerri Voelkel.

“My job has been my safe place and my sanctuary when the rest of the world around me has been crazy,” Voelkel said with a laugh.

If BarryStaff is selected as a finalist, company representatives will attend an awards dinner in early May. Winners are announced that evening.

“It’s been a fun process,” Doug Barry said. “Everyone’s gotten involved and we’ve dusted off a bit of history when putting together our entry. It brought everything back home.”