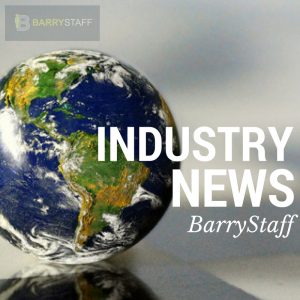 There are numerous articles discussing millennials and employee engagement. Some people bemoan millennials and others tout them as invaluable additions to the workplace.

However, it’s up to all of us to foster employee engagement. Any energy we expend complaining about one generation, or comparing them to another is simply a waste of resources. One of my best lessons in learning to appreciate cultures I am not accustomed to, presented itself with my teenage son. My son is not a millennial; he would actually be considered Generation Z, which includes those born in the early 2000s.

Regardless of how one slices up the generational chronology in the U.S. population, the fact of the matter is each generation brings something unique to the table. If, as HR professionals and business managers, we have an issue with millennials, then what is going to happen in the next few years when Generation Z hits the workforce in numbers? We as leaders today, need to fully appreciate culture and how culture differs between generations.

As I mentioned, my son, along with the prompting of my wife, helped me discover the importance of culture. Like all Gen Zers, my son grew up a true digital native. He never knew what it’s like to be “out of touch” or what dial-up sounds like or understand the meaning of “Please be kind and rewind.” Although he is lacking in awareness of the past, which is totally acceptable, he is fully engaged in the digital world.

He would share with me the frustrations of gaming — how some people were rude, curt or downright bullies. At the time, I casually dismissed his complaints because I viewed his digital happenings as only games. My wife gently reminded me, after a particularly frustrating day for him, that these are more than games with him. The people he is friends with online, are real to him, even if they are only digital. Point of fact that is his culture.

What I learned was that if I wanted to be in to my son’s life, then I needed to take time to learn his digital “customary beliefs, social forms, and material traits of a racial, religious, or social group” of the people he gamed with online. I made an effort to learn more about online gaming including the terminology, and during my research learned the virtually unreported impact that massive multiplayer online games (MMOG) have on America.

Due to the popularity of online games like Overwatch, which gained 30 million players in just one year, it was clear my son’s digital culture was in full swing. If you as a leader are having issues relating to or understanding millennials today, then you are already behind. Generation Z will likely baffle you, with their regular use of social media platforms like Slack, Snapchat, Instagram, Facebook, and KIK as primary forms of communication.

Now is the time to get ready

Today is when your organization needs to start incorporating social media to communicate with employees and prospective job candidates. That will give your company a strategic edge when the job applications from Gen Z start rolling in. Additionally, as HR professionals we need to not only learn about digital natives, but also join them.

We live in a globalized society without digital borders. To ensure our organization’s success and competitive advantage we need to adapt to and become adept at what our current and future employees’ digital culture will look like.

For those of you who think that video games are still just “games” and not a burgeoning digital culture, I have some bad news for you. According to a 2015 Entertainment Software Association (ESA) report, almost half the population of the United States plays video games. Culture, whether personal or digital, will be a factor in successful organizations as the next generation joins the workforce.

This article, written by Stewart Simons, was originally published here.