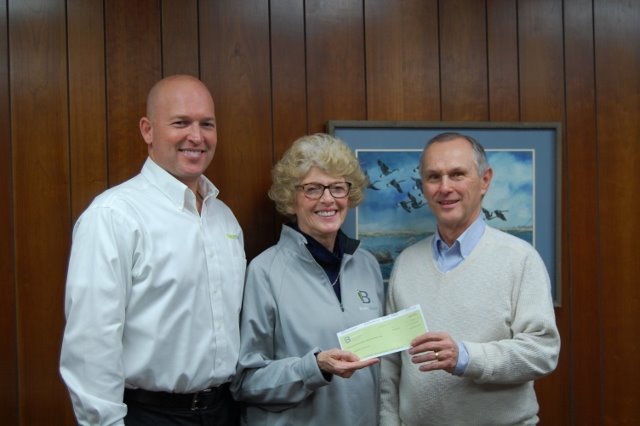 Big Brothers Big Sisters of the Greater Miami Valley has purchased the building at 22 S. Jefferson in downtown Dayton, to serve as its new headquarters. Staff will move in during the summer of 2015.

Board Chair Matt DiCicco remarked, “This is a huge step forward for Big Brothers Big Sisters. We have grown significantly in recent years and now we have a location which is highly visible and fitting for our vital mission to serve youth in need. We are particularly pleased to be moving into downtown Dayton at a time where there are so many signs of investment, building, and vibrant city life.”

The building has served as headquarters for Barry Staff. Doug Barry, CEO of Barry Staff, contributed a generous donation which helped make the sale possible. Barry Staff is in the process of building a new headquarters in downtown that will accommodate their significant growth. Doug Barry said, “It is a pleasure to be supporting such an outstanding organization as Big Brothers Big Sisters. 22 S. Jefferson has been a great home for us and we couldn’t be more pleased that Big Brothers Big Sisters will be the new owners. We wish them all the best.”

Big Brothers Big Sisters of the Greater Miami Valley is a United Way agency founded in 1958 and covers Montgomery, Miami, Green and Preble Counties. After 15% growth in 2013, the agency is ending 2014 with a further 10% growth in the number of youth it serves through one-to-one mentoring. CEO Joe Radelet is retiring this summer and the search for the new CEO is underway. Joe remarked, “With the new building and with a new CEO coming in, there is certainly great cause for excitement for Big Brothers Big Sisters in 2015.”