It’s not always easy to gauge how you’re doing as a boss.

Your reports aren’t always likely to tell you how you’re undermining their performance — or even what you’re doing well that they’d like to see more of.

The best solution to this problem is probably to ask for direct feedback. But where to start?

We’ve rounded up seven signs, based on research and expert opinion, that you’re doing a great job of rallying and motivating your team. Ask yourself how much each trait or behavior describes you, and consider asking your employees the same.

That’s largely because they’re more likely to display transformational leadership, which means they’re especially good at inspiring and motivating their team and stimulating them intellectually.

Interestingly, according to the research, positivity was an even better predictor of leadership effectiveness than extroversion — a personality trait we typically associate with successful bosses.

This isn’t to say that you should force yourself to smile and laugh at every team meeting. Instead, it might be more helpful for those in the position of selecting future leaders to be mindful of those candidates’ overall affect.

You’re not afraid of change

Young managers are perceived as more effective than their older counterparts, according to a study of more than 65,000 leaders conducted by leadership development consultancy Zenger/Folkman.

One key reason why? They welcome novelty.

Zenger/Folkman says it’s possible that younger managers’ relative lack of experience means they’re more optimistic about the changes they propose and more willing to be the “champions of change.”

The technical term is “emotional maturity,” which means being emotionally stable, agreeable, and conscientious.

As business psychologist Tomas Chamorro-Premuzic writes in The Harvard Business Review, “[T]he best managers in the world tend to be stable rather than excitable, consistent rather than erratic, as well as polite and considerate.”

That might be part of the reason why Google’s CEO, Sundar Pichai, is so successful. Rather than being emotionally volatile, like Steve Jobs for example, Pichai is reported to be predictable and to stay out of the spotlight.

In other words, Jobs is more the exception than the rule — better to emulate Pichai if you’re hoping to lead your team to greatness.

Chamorro-Premuzic also suggests that integrity is a key component of leadership effectiveness. Acting in unethical or counterproductive ways will ultimately undermine you and your organization.

Psychologist Travis Bradberry highlights several traps that leaders fall into, which can undermine their integrity.

One such trap is making everything about them — instead, you’ll want to actively solicit questioning and criticism. Another is micromanaging — remember that productivity looks different for leaders and individual employees. Give people a chance to do their jobs well on their own. 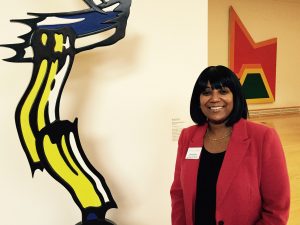 The Dayton Art Institute will celebrate its centennial in 2019.

Back in 1919, the museum was located in a house at Monument Avenue and Saint Clair Street. It quickly outgrew that space and its current building opened in 1930, thanks to the generosity of arts patron Julia Shaw Carnell.

It wasn’t exactly smooth sailing, though, with the building opening during the depths of the Great Depression. The director, Siegfried Weng, needed to do whatever he could to bring people inside the museum during the ‘30s and ‘40s. He promoted The DAI as “Dayton’s Living Room” to entice the public and even brought in a small menagerie of animals (“Weng’s Zoo”) that included peacocks, donkeys, parrots and even a monkey.

Today, the museum sees about 130,000 visitors a year. There are over 26,000 pieces of art in its collection, with about 1,000 on view in the galleries. As it gears up for its 100th anniversary, one woman will definitely play a role in planning for the celebration.

“Our leadership team and staff have been working very diligently to put together an exciting year of programs and events,” said Monica Walker. “We’re really happy and excited we’ll be able to celebrate with the community.”

Walker is the human resources and administration director. Roughly 90+ full- and part-time employees work at the museum, and Walker also oversees the museum’s largest volunteer group, the Leonardo League, made up of about 300 volunteers.

Walker also oversaw volunteer needs for this year’s record-setting Oktoberfest celebration at the museum. About 2,000 volunteers support the fundraiser, which drew nearly 30,000 people to the museum’s grounds.

This is also where the museum first partnered with BarryStaff.

“I’ve utilized a number of agencies over the years,” Walker said. “BarryStaff was absolutely amazing. I couldn’t have asked for better – from your own staff to the temporary employees you brought in.”

BarryStaff is proud to partner with such a tremendous organization.

“We’ve had a lot of museum directors and curators visit The DAI, and they say we have a stunning collection,” Walker said. “They say they don’t know if Dayton truly realizes the breadth of collection we have here.”

Click here to see a short video about the art institute.

In today’s social climate many people look with disfavor on the word “discipline” because they simply do not understand that discipline means “to instruct or educate, to inform the mind, to prepare by instructing in correct principles and habits.” No one who achieves greatness does so without discipline. Sybil Stanton, in her beautiful book, The Twenty-Five Hour Woman, accurately states that “discipline is not on your back, needling you with imperatives, it is at your side, nudging you with incentives.” It’s true that when you discipline yourself to do the things you need t do, when you need to do them, the day’s going to come when you can do the tings you want to do, when you want to do them. It’s also true that life is tough, but when you are tough on yourself, life will be infinitely easier on you.

Today many people want to be free to do as they please, but consider this: If you take the train off the tracks, it’s free – but it can’t go anywhere. Take the steering wheel out of the automobile and it’s under the control of no one, but it is useless. The reality is that until the sailor disciplines himself to be obedient to the compass, he will have to stay within sight of shore. However, once he is obedient to that compass, he can go anywhere in the world the sailboat will take him. Yes, discipline is the missing ingredient that will make the difference in your life. Discipline yourself today so you have a better life tomorrow.